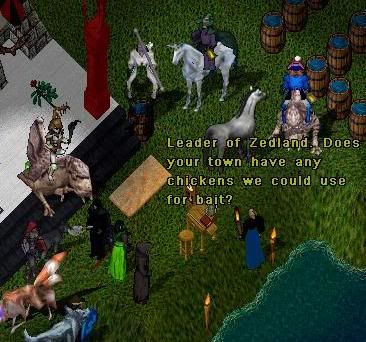 Kaiko from Kijustsu Anei Keys made her way to the Zedland Lake during the late afternoon. She was accompanied by resident necromancer Neira, Magistrate Mirt, Skilled Trainer Tigger Lily and local Savage Niva. They were greeted by the Leader of Zedland Rivi Ravernwynd, Local Merchant Zelda of Zed and Citizen Naomie De'Layne.

After introductions Kaiko went straight to work making sure all the proper materials made it safely to the city. Her first test was a alignment test. She used void energy from the Well of Souls and mixed it with the lake water in a bottle. By mixing them together it would glow a certain color to show what type of creature they were dealing with. We were able to obtain a copy of the Survey from the Mystic Library in Kijustsu Anei Village.

A few unusual methods were done with a chicken and special mixed kegs of blackrock. Kaiko believed having a chicken moving around in the water would attract the creature. As the chicken began to move in the water the Kegs were released into the lake. Waiting around for a few moments explosions could be seen out in the distance.

The explosions came closer and closer to shore and everyone was waiting to see this unknown creature appear. However the kegs closest to the group all went off at once and blinded those standing near the lake. Once their eyes came into focus all that was left was a dead, half eaten chicken. 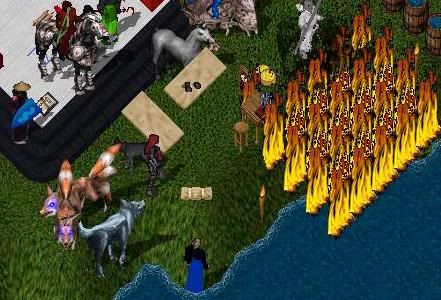 The team was lucky enough to recover a green color scale by the chicken corpse. Kaiko and her team has taken the scale to the Necromancer Tower in Kijustsu Anei Village and a few smaller samples of it to Kijustsu Anei Keys to run more tests.

After all of the excitement the kind and generous citizens of Zedland invited everyone back to their wonderful Tavern for drinks, food and a great round of Darts. 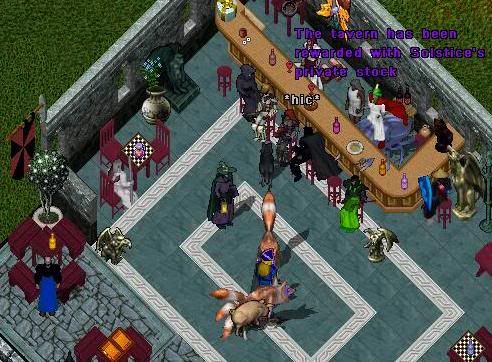 The Imperium looks forward to uncovering this mystery and working with Zedland in the future. As soon as we know more information on this creature we will inform everyone right away. Special thanks to the tavern owner and SHE guild for the great game of darts and prizes...I wonder if the Lake Creature likes pigs...... Hmmmmm...
​
Show hidden low quality content
You must log in or register to reply here.
Share:
Reddit Pinterest Tumblr WhatsApp Email Link
Top