[News]Blackrock Hammers The City Of Britain 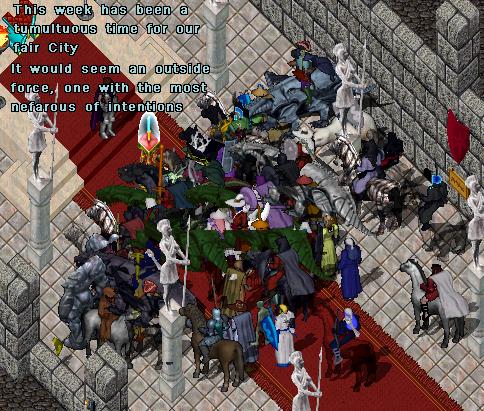 ​
Citizens of the realm and beyond gathered in the throne room to hear Lord Balandar's report on the demonic book found earlier in the week but first Queen Dawn wished to address those in attendance.

"Citizens of Britannia!
As you are aware, this week has been a tumultuous time for our fair City. It would seem an outside force, one with the most nefarious of intentions, has sought to infiltrate the City in an effort to gain insight. Days have passed with skirmishes with the Demonic Invaders....Lord Balandar has decoded the scouting report and it would appear the invasion is to happen...." 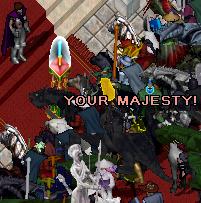 ​
Commander Drake Foxx shoved through the crowded throne room, attempting to make his way to Queen Dawn. He loudly yelled "YOUR MAJESTY" but citizens of the realm stood in his way. He order citizens to stand aside but he had little time to wait for them to move. He harshly shoved citizens aside and yelled "YOUR MAJESTY! INTRUDERS IN THE CITY!!!"

The Queen looked shock for a moment but her warrior instincts quickly took its place as she yelled "TO ARMS!!! DEFEND THE CITY!!!" 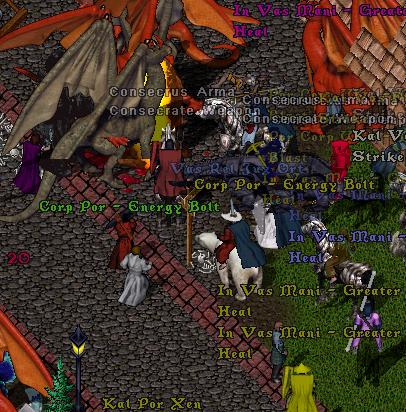 Citizens poured out of the throne room and were met by massive blackrock golems. Queen Dawn quickly made her way outside and engaged in battle along side her Royal Guards and citizens. It would appear Queen Dawn was not one for sitting around while her people were slaughtered. Speaking of sitting around and doing nothing... where did Commander Drake Foxx run off too? Was he to busy commanding the Blackrock Golem forces? 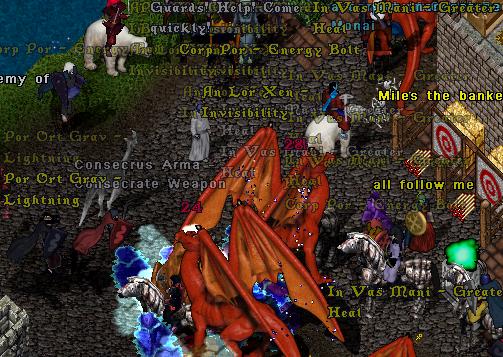 Blackrock Golem forces made their way to the heart of Britains economy by attacking the West Britain Bank. Defense forces quickly surrounded the Golems. They used Dragons, Energy Spells, Arrows and Melee weapons to battle the creatures. They soon found themselves surrounded as forces from the East, West and North closed in on them. 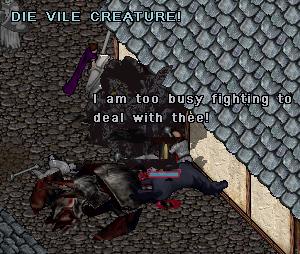 ​
Some of the darker forces in the area started to lead the Blackrock Golems to the jail area, just below the bank. Inside the jail cell was The Dread Lord Gareth. Blackrock Golems began to dominate the Jailors who were standing guard. Queen Dawn herself made her way down to the area making sure the jail stayed secured. 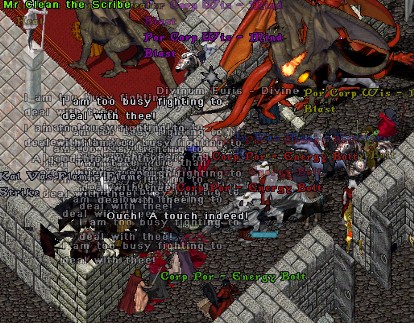 While Queen Dawn was busy assisting the jailers Blackrock Golems plowed through the castle defenses, making their way into the main palace but they did not stop there. Defense forces were low and the Commander was no where to be found.

Defense forces quickly made their way in and fought along side the nobles and castle guards. They found themselves overwhelmed once more as five Blackrock Golems rushed the throne room. Nobles and Castle Guards fell quickly to the second wave and the defense force suffered major casualties. Around this time the Crystal that was being held in the Display Case was stolen. The person or creature that got their grimy hands on it is still unknown.

After many hours of battle the castle was cleared of Blackrock Golems. Some of the defense forces began to celebrate. They let their guard down as they began to congratulate one another for the castle victory. ​
They were unaware that another wave of invasion forces were on their way into town from the Gung Farmer's Bridge. Luckily for them Royal Guard Sergeant NANOC and his defense forces were in the area. Sgt. NANOC was rather impossible to fully capture in a picture because he was always charging into the battle. Their message for assistance against the next wave crossing the bridge was received by Queen Dawn. She rushed out of the castle while yelling orders to reinforce the bridge defenses. 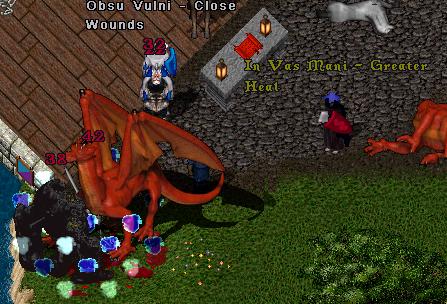 
While Queen Dawns support was helpful in battle, at times she seemed to swing at nothing.... perhaps she was swinging at nothing because her vision is starting to fail? She is not sleeping well? Something was there that we could not see? Whatever it was, seemed to affect her performance a bit. 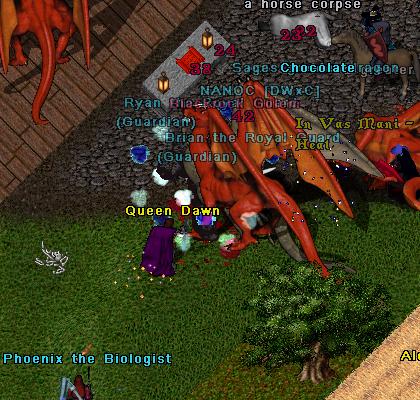 The last wave scattered once crossing the bridge which left the defense forces to search the city and defeat the remaining forces. Later on everyone was summoned to the Castle Throne Room.

"VICTORY!" Queen Dawn shouted, even though the Crystal had been stolen....

"Thank you brave citizens! For your bravery this eve! I fear the coming weeks may bring more troubles. Rest this eve knowing ye are victors in your own right! Stay vigilant as always! Farewell brave citizens!