I'm downloading Lineage now and I was wondering how friendly the game is to newer players. I used to play UO, so I'm used to a steep learning surve in the begining. But will I be able to find enough other newer players to group with in the early/mid levels?


Also. If anyone wants a free month of gameplay. Send a referral to [email protected] I will play for the first month atleast. I would much appreciate it.
D

Morticus said:
But will I be able to find enough other newer players to group with in the early/mid levels?


Also. If anyone wants a free month of gameplay. Send a referral to [email protected] I will play for the first month atleast. I would much appreciate it.
Click to expand...

Okay, so first thing is first. This isn't like FFXI or other games where you are FORCED to group.

You can go about it the same way as in UO where you can progress in skill sets on your own.

That said, the newbie guide is your best friend as a new player to the game. Use it. Depending on what race/class you start with, you can get some no grade armor sets out of the deal.

With using the newbie guide you can easily go from level 1 to level 18 in a matter of a hour or even less.

Also, once you hit level 6, take advantage of the newbie buffs. They are good all the way up to level 62. Refresh those every time they wear off. They last for 60 minutes each time.
D

Morticus said:
I'm downloading Lineage now and I was wondering how friendly the game is to newer players.
Click to expand...

I guess it would depend on what server you plan on playing on, but the game is not exactly friendly to new players. Unless you luck out and find the right clan which can help you, you might have some difficulty.

If you start on Aria, I can at least provide you with some common gear once you get into leveling a ways.

Common grade gear is cheap and really you can use that and the shadow coupons (you use those to get weapons), that the newbie guide gives you to get all the way up to level 40.

Just a warning to you, this game is the most grindy there is for experience points leveling. It has the highest level of any game, and it is the most difficult to get to the higher levels.

An active clan would be recommended for leveling, since you can achieve the higher levels...a bit faster. I would recommend mine but it is pretty much inactive. I am looking for another clan to be honest.
D

Morticus said:
I used to play UO, so I'm used to a steep learning surve in the begining.
Click to expand...

I used to play UO as well, but the game has quite a bit different learning curve.
If you played Siege or during old times, Lineage II can be exactly like that. It is an all open PvP game, meaning that at any place and any time...you can be attacked by another player (except in safe zones in towns). Anywhere else though is fair game. While not as common any more, there are still people who make murderers for the sole purpose of killing newbie players.

Probably the most mind boggling thing for you will be the cost of things. Most anything that is worth having can run the price from 5 mill or so all the way up to 6 billion adena or so. Yes, that's right...6 billion. And you thought Ultima online prices were out of hand. Hardly.

While it is quite subjective like UO (the pricing), you will have to do the same thing with getting a feel for what an item should cost AND how much you would really like to have it.

For the time being, I have this final bit of advice:

1. Pick a race and class to level. Choose one AND only one. Pick a few if you have to to get a feel for how they play or if you like them. In the end, only choose one to end game first though.

Do not do like I did and level 3 or 4 toons to the mid-range level only to get bored or decide you didn't like them enough.

2. Some armor and items are VERY difficult to get ahold of. This does not even include special end game gear or very expensive items. Most people have end game toons and only play that one character. Hence some gear is quite obsolete practically. Case in point is the Blue Wolf Heavy armor which is B grade.

Your first learning curve is learning the grades:

S Grade starts at level 76 and there are still various tiers after that. Always stay in your grade so you do not suffer various penalties to movement or what have you.

Nobody cares if you are some hot shot with an A grade bow on your C level character. You're only hurting yourself AND your party.

Morticus said:
But will I be able to find enough other newer players to group with in the early/mid levels?
Click to expand...

Sorry, last tid bit of information. Do not be discouraged if you do not see any players at first. By the time you reach level 18 or so and travel around to do your first class change you might see some people.

The first place that you will actually start seeing a good sum of people is Dion. You can always go to where Giran is if you actually feel the need to see a lot of people. Giran is where most people peddle their wears.

Last but not least, the game occurs in several stages.

To begin with, you will have to think whether in playing UO, you liked playing:

A. A fighter better or
B If you preferred being a spellcaster. Called mystic to start with in L2 terms.

Once you do that, the game will leave you alone till you hit level 18.

You then have the choice of:

A. Fighter so to speak
B. Rogue (later you pick an archery class or a dagger class)
C. Oracle or cleric of some sort (you pick later a buffer type player or a healer type)
D. Damage dealing mage

The game will then leave you alone again until you hit level 39. I say level 39 because with the quests you undertake at level 35 and 37, you do not have to make a final choice yet.

Once you choose which of the two quests you want to do, you have basically locked in what class you will be staring at for the majority of your career. So, choose wisely.

If you have any questions, feel free.
C 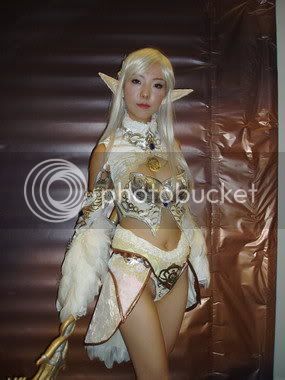