Funcom recently announced that Joel Bylos would be moving to a new role within the company, that of the overall Creative Director. We managed to catch up to Joel to talk about his new role and his vision for the Funcom titles. See what he has to say before joining the conversation in the comments.

MMORPG: Hi Joel, and congrats on your new role at Funcom! Can you tell us what led to you the role of Creative Director for all three titles (Age of Conan, Anarchy Online, and The Secret World)?

Joel Bylos: Thank you – it’s definitely an exciting time!
I started on Age of Conan as a Quest Designer and Writer, and I worked hard on the level 20-40 area of the game, no easy task considering it was the "transition" area where the game moved from story heavy and full voice over to a more traditional MMO experience. It was a challenge, but a ton of fun working on it.

After Age of Conan launch, I worked on the Black Castle, the Pyramid and Treasury of the Ancients instances and then the Ymir's Pass zone and the Amphitheatre of Karutonia. At that point, Craig Morrison had just assumed Gaute's duties as Game Director and he asked me to take over the Lead Designer title on the expansion, Rise of the Godslayer.

I spent about 15 months on Rise of the Godslayer as Lead Designer. It was great for me to be able to have such a significant influence on the creative vision for the game, and the actual content that went into it. After Rise of the Godslayer the team moved to Montreal and I moved over to The Secret World.

On The Secret World I began as a Quest Designer again, but after completing the Kingsmouth Town zone, was promoted to Lead Content Designer. From there I oversaw the mission design and implementation in the game, as well as all related systems. 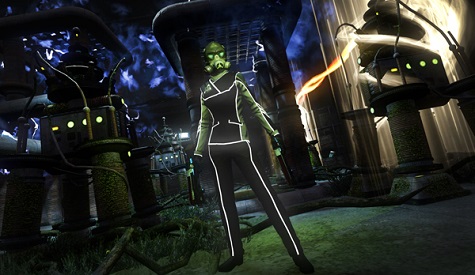 ​
​
After The Secret World launched, I was asked to step up and take the reigns as Game Director. After that we delivered Issue #4 and #5 and shortly, Issue #6. When the new centralized live team was established I was asked to take creative leadership of that team.

So, it has been a long path, and I have been lucky to receive the opportunities I have had, but I like to think that working hard and delivering quality gaming experiences also has helped a lot!

MMORPG.com: Funcom has three solid titles under their belt in the MMO space. Can you give us an idea on what the company has planned for the next year or two?

Joel Bylos: Currently the three different divisions of the company are focused on their prospective areas.

The team in Oslo is focused on the LEGO Minifigures project and that project is coming along at a rapid pace. The live services team in North Carolina and focused on updating and supporting Anarchy Online, Age of Conan and The Secret World. The tablet and mobile development team in Montreal are currently developing two new LEGO games as we announced not long ago.
Because the restructuring is so fresh, we want to give things a chance to stabilize before we start talking about any major new projects.

MMORPG.com: Anarchy Online is an MMO with a great history. What is the direction you see the game moving in the future?

Joel Bylos: Game Directors on Anarchy Online have been talking about the new engine for years. With progress looking really good, my goal is for this year to see the release of the new engine. Bundled with the new engine will be a new player experience, to encourage people trying the game for the first time to give it more of a chance. 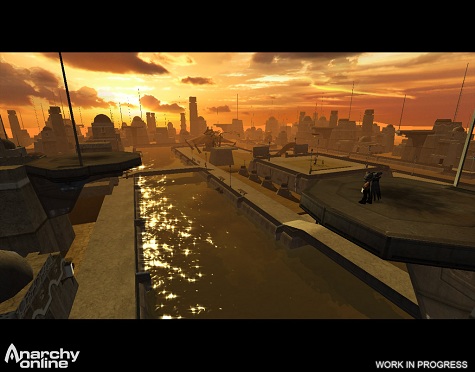 ​
​
Once those are out of the way, we will most likely focus on the professions and systems in the game. I don't think there is any particular lack of content in Anarchy Online, so it makes sense to get the experience of playing the game to the best possible state. From there, we'll talk about how best to continue the story in the game and discuss what is next on the content side of things.

MMORPG.com: Age of Conan is another Funcom title that you will oversee creatively. There is a pretty hardcore fan base for the game. What are you plans for Conan in the upcoming months?

Joel Bylos: I am in the process of taking a look at what has been done by the former team, on both the content *and* the systems side. The priority is Dragon's Spine and the crafting revamp. I am also taking a look at the PvP systems and seeing what can be done to improve things on that end.

MMORPG.com: Obviously the game close to your heart is The Secret World. What's the immediate future hold for TSW?

Joel Bylos: I outlined most of the updates in my recent game director's letter, but we will continue delivering our Issues at a regular pace. Issue #7 takes place in Transylvania, with Issue #8 containing a new content feature and Issues #9 to 11 taking place in Tokyo.
Beyond that we will introduce another zone, but we won't talk about it until we get closer to the date.

MMORPG: What do you see as the challenge for each of these games moving forward?
Joel Bylos: The biggest challenge is matching the scope of what I want to do with the projects to what is realistic. We need to get the games on a good steady delivery schedule, but we don't need to kill the designers to get it there. So for me it is aligning the best interests of the player base, with the wellbeing of the development team.

It takes a little time for a team to really settle into a solid rhythm and so I am hoping once we hit our stride that the plans will work out across all the games. We have some great ideas and we’re all eager to turn them into reality!

MMORPG.com: As a Creative Director, one of the biggest weapons you have is your imagination. Can you tell us about your influences?

Joel Bylos: I'm a sponge for pop culture and I read a *lot*. Probably 2-3 books a week while commuting and I devour everything from David Mitchell to Jim Butcher. I don't really stick to a genre or even fiction, I am quite happy to read fantasy or sci-fi one day and then "The Signal and the Noise" the next. 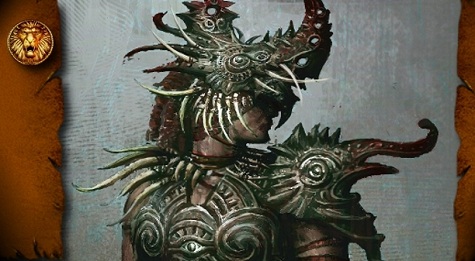 I play most game genres, pretty much everything except Facebook games, but my biggest love has always been single player RPGs, with anything done by Troika or Black Isle (when they existed) really topping the list. I've always preferred atmosphere to statistics and storytelling to dry systems - but I believe the best games do both very well. Since I began working on MMOs I've spent more time playing them than any other type of game.

I think you create fertile ground in your mind by keeping it turning over new ideas all the time, and then you are able to make creative leaps quite easily.

Directed creativity is finding a way to create something *regardless* of the limitations. In the final mission of Issue #6 in The Secret World, you can see the kind of thing that directed creativity can lead to if people are willing to try out new ideas.

Undirected creativity can be a destructive force. That happens when the idea overrides the reality of what can be done.

Training myself to become more directed creatively was one of the more important things I have done during my career.

MMORPG.com: Is there something about the job that you did not expect?

Joel Bylos: To be honest, the job itself was quite unexpected! In December I had finalized the plans for The Secret World through 2014, but that was before we had made the decision to create a centralized live team as part of the company restructuring efforts.

Needless to say a lot of plans were changed, and then when I was offered the job I was flattered and excited. And a little scared, of course. It's a lot of work and responsibility and no doubt I am going to get yelled at by three different fanbases.

MMORPG.com: What is the message you want to give to the fans?

Joel Bylos: Thanks for your support of our games over the years. We want to keep delivering the most unique experiences in the industry and we hope that you will stay with us for the continuing journey!
Click to expand...