Lord of the Rings Online offering PvMP players some Commendation

Lord of the Rings Online offering PvMP players some Commendation 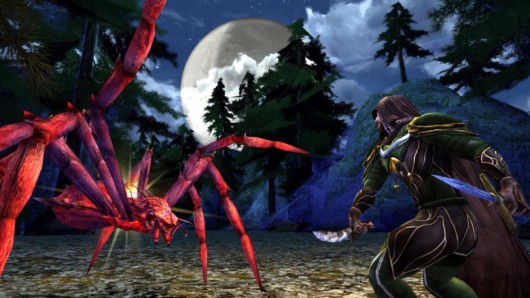 ​
Lord of the Rings Online has always had an interesting system of PvP, with players facing off against a specially designated group of players in the guise of monsters. It's also a system that's historically had some problems, ones that the developers are hoping to alleviate the new Commendation system coming with Update 6. While it won't fix everything, the new system outlined in today's developer diary should ensure that players will be able to focus their PvMP efforts toward PvMP rewards, making rewards more straightforward without forcing players into PvE to advance.

The diary explains how Destiny, the previously intended PvMP currency, wound up being bloated and failed to serve its proper purpose. Commendations will be hard-capped at 100,000, and spending this currency will allow players to advance Creeps and acquire new equipment. The preliminary numbers are also included with the diary, with the understanding that there will be some tweaking after the system goes live. While players might be a bit miffed at having to use their Destiny quickly before it goes away, the new reward system will hopefully make advancing via PvMP far more viable.