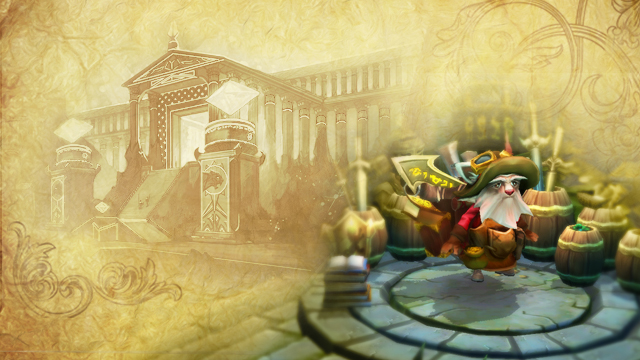 Hey folks - Hippalus here with a couple big updates to skin prices designed to give players more value for their skin purchases and better align skin pricing with the amount of work that went into them.

As you've probably noticed, the quality of champion skins has increased dramatically since we started creating them way back in the day. This upward trend in quality is something that we're always looking to advance while continuing to provide good value and affordable prices to players. With that in mind, we felt it was time to revisit RP skin pricing and come up with improvements for 2013 and beyond.

975 RP has become an extremely broad tier, encompassing skins of wildly differing production quality. We wanted to better define the value of your purchase, and will soon implement a couple of big pricing changes as we move skins into more clearly defined RP tiers and establish two new tiers at 750 and 1350 RP. By positioning skins into tiers based on their features, you'll have a better idea of what you're getting for your RP and be able to make more informed purchase decisions.

Here's a breakdown of the new skin prices with what features you can expect for each skin:


The price changes will all go into effect at 9am PST on April 25, so there is plenty of time to plan any purchases of skins that are impacted. Partial refunds will be automatically granted for all past purchases of the three legendary skins (Astronaut Teemo, Lion Dance Kog'Maw, and Piltover Customs Blitzcrank) that are decreasing in price, as that is a price-protected skin tier. No other refunds will be granted in relation to these changes.

That's it for now! All of the skins that will be changing in price are listed below. Let us know your thoughts in the comments - we'll do our best to address your questions.