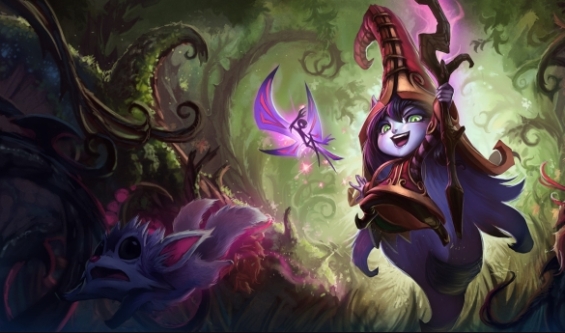 A few people have been asking when well be adding another support champion to League of Legends. Im happy to answer that with a resounding now! Join me in welcoming Lulu, the Fae Sorceress, as our newest support champion.

As a yordle (or suppordle, in this case), Lulu brings a sense of twisted mischief to the League. With the help of her fairy companion Pix, she is equally adept at disabling foes as she is assisting and supporting allies.

Is the enemy Nocturne being a big jerk and killing your friends? Is that Alistar just not squirrelly enough for you? Thats an easy fix with a quick cast of Whimsy, which will make an enemy champion 100% more adorable and 100% more harmless by turning them into a fuzzy critter that can run around, but cant attack or use abilities.

Lets not forget the support aspects, either. Lulu features high-impact, short-duration buffs and enhancements that can save a teammates bacon or help to secure a kill. Making an ally move more swiftly can pull their feet out of the fire at a moments notice, while Pix can lend his own aid by flying next to a friendly champion, attacking in concert and providing protection. Her ultimate, however, is the final word in allied buffs -- granting a size increase along with a health bonus to match. The rapid increase in size briefly stuns nearby enemies, as well as granting the affected champion an aura that slows enemies in a nearby area. This buff can be just what the doctor ordered if a fully grown ChoGath simply isnt big enough!

Finally, Lulus bag of tricks encompasses the ability to use some of her spells on either allies or enemies. While Lulus fairy companion Pix can support a friend, he can also harass an enemy by flying around them and acting as a major hindrance.

Weve worked hard to not only create an impactful and satisfying support champion, but also one that fits well within League of Legends. Were confident that there are still a lot of support styles that are yet to be explored in League of Legends, and that one of them combines buffs and disables together in one package to help your team turn the tide of battle. Lulu will provide you with exciting new options as a support player on the Fields of Justice. 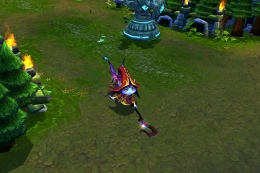 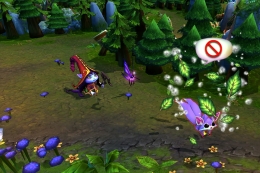 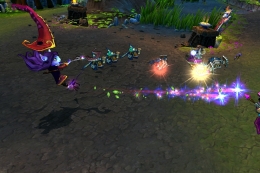 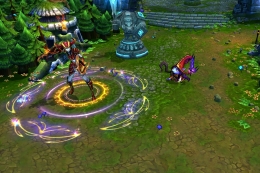 Perhaps more than any other champion in the League, Lulu marches to the beat of her own drum. During her youth in Bandle City, she spent most of her time wandering alone in the forest or lost in a daydream. It wasnt that she was antisocial; the day-to-day bustle of Bandle City just couldnt compete with the vibrant world of her imagination. She saw wonder in places most people overlooked. This was how she found Pix, a fae spirit, pretending to be stuck in a birdhouse. Lulus imagination distinguished her to Pix, and he seized the opportunity to lure her into his life. He brought her to the Glade, the enchanted home of the fae, which lay nestled in a clearing in the woods. There the rigid properties of the outside world - things like size and color - changed as frequently and whimsically as the direction of the wind. Lulu felt at home in the Glade and she lingered there with Pix, fascinated by this secret place.

She quickly lost track of time. Her life in the Glade was comfortable, natural. She and Pix played fae games together, the sorts of games that she had been told were only pretend, and she got exceedingly good at them. It caught her by surprise when she suddenly remembered that she had left a life behind in Bandle City. The Glade had a way of making everything outside seem distant and surreal. Lulu decided to revisit her former home, to share some of the lovely things shed learned, but when she and Pix returned the world had changed. Time, she discovered, was another property that behaved differently in the Glade, and centuries had passed while she was away. Lulu sought to reconnect to the residents of the outside world, but her attempt had unfortunate results. She led all the children off to play hide and seek, temporarily changing them into flowers and animals to spice up the game, but their parents didnt appreciate her efforts. When the yordles insisted that she leave their land, she turned to a vibrant, magic place where those with unusual gifts were not just accepted but adored: the League of Legends.

"The best path between two points is upside-down, between, then inside-out and round again." - Lulu