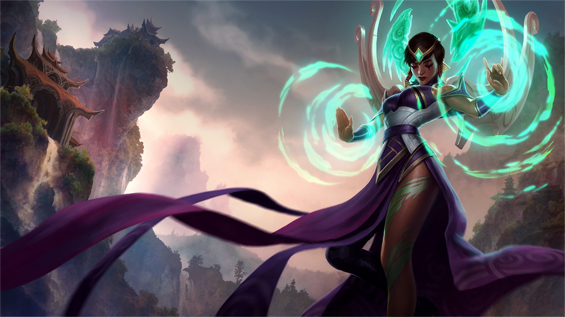 Weve talked a lot about giving Karma a complete overhaul, and were ready to discuss her changes. Karmas relaunch is the real deal, covering her art, abilities and lore for a total renovation. We know shes been the source of a lot of contention since her launch, but we also know that shes got a cult following of Karma diehards. Heres an overview of why we think she needs a rework.

Karmas aesthetics are confusing. While she looks cool, its difficult to read her role at face value. Grumpy Monkey has provided more info for you on Karmas look. Weve also seen players eschew her support role for bursty mage gameplay, so we seized this opportunity to give Karma more options in lane. Scarizard has talked more on Karmas evolving mechanics. We also think that Karma needs a new story that suits her updated abilities and aesthetics. RiotRunaan has taken you through Karmas transformation into an unstoppable Ionian leader.

For Karma diehards, we have a special treat  well be giving those of you whove unlocked Karma a skin based on her traditional look.

Karmas getting an extended PBE stay so we can thoroughly test her new gameplay and incorporate your feedback.