Hello folks. Second Life has lots of cool haunted houses, spooky forests, and other great Halloween stuff. My own SL landlady set up a special Halloween skybox, and she's been hosting events there. I recently went there with a friend named Kimmy and took some snapshots.

Doing cartwheels on a grave. Is there a taboo against that?

She was a little tuckered out.

Kimmy and I find the tombstones to be quite comfortable.

I forgot the name of the woman on the left. And that blue ghost ruined a lot of pictures.

So, folks, have you been going to some cool Halloween spots in SL? Do you also have some spooky snapshots to share? I'd love to see them!

Stratics Veteran
Stratics Legend
The most I've done is buy a costume lol. I've really got to take some time to see some of spooky side of SL!
P

I went and did the pumpkin hunt at the Retrology sim yesterday, I did a hunt there before, the designers give some very generous prices and there are some great stores there.

As I was wandering around I happened to look down at the road and noticed that there were oodles of spiders everywhere ....... gave me the creeps. In one part you go down under the road to the underground and again .... spiders all over the floor. I didn't stop to take photos, I decided I'd found enough pumpkins and hot tailed it home to the safety of my sandy beach with not a spider in site !

If I can drum up the courage I might go back to take pics !

I'm so impressed with the range and variety of halloween decs everywhere, I forget where it was now but I was casually walking along a pier browsing the shops when ghosts kept appearing out of nowhere at me ... people's creativity in SL never ceases to amaze me.

Smily invited me to join him in exploring a haunted forest last night. Unfortunately, my laptop had just died and my desktop computer wasn't up to snuff. However, I was able to eke out enough performance out of my desktop to join him and enjoy the experience, but not enough to be able to take decent pictures.

Thankfully, my laptop is still well within warranty, and I should get it back soon - hopefully by the end of the month. I miss it already - and even though hubby threatened to divorce me if I put Linux on the desktop, the temptation is mighty irresistable!

Anyways, the roam around the haunted forest was pretty fun - and loud! Lots of howling undead creatures and disembodied screams! Speaking of disembodied - we kinda lost our heads a few times. Literally! Once we got our heads back, we meandered onto a haunted pirate ship. We swung from the highest yardarm for a bit, then Smily proceeded to shoot pumpkins out of the ship's cannons - and I had to walk the plank!

Once that was all done, we headed back to his home sim, where I sat by the fire to dry off, and Smily went and created a huge spider so scary-looking even the Orkin Man refused to come!
S

I'm glad you all like the pictures, and I'm especially glad that Kat had such a good time. I'll be sure to take a snapshot of my spider pretty soon.

Polly, I took the liberty of visiting Retrology and taking a few pictures. That way you won't have to walk on those icky spiders again.

A Retrology store and dance floor all dolled up for Halloween.

These are the spiders Polly mentioned. They make quite a nasty sound when you step on them, and they actually get squished. That must be one complex script.

They have some slick rides in Retrology.

Nothing like a sunny day in the cemetery, is there?

It got foggy very fast, though. Actually, the fog is a preset for the Advanced Sky Editor. You should take a look at the sky editor's presets. Some of them are very cool. Oh, and in the crypt you can see one of the little treasure pumpkins. Here, let me give you a closeup.

There we go. I forget which prize was in this one. There was also a pumpkin inside the coffin within the crypt, not to mention two underneath the car. I hope I'm not spoiling the hunt for everybody.

And now for a nice rest. See you later!

Thank you for being braver than me lol I must admit I didn't zoom in that far to see them in close up, glad I didn't ! They squish?? Ewww lol

I think I missed the pumpkin in the coffin damnit.

(For those of you that are curious, Retrology is a sim full of retro stuff and designers that specialise in retro and vintage designs/items - cool place)

Yep, Retrology looks pretty cool. I'm definitely going back there. In the meantime, Polly, I know you're afraid of spiders, but I just have to show these pictures to Katheryne. Sorry.

There he is. I made this bad boy myself. 98 prims, too. Maybe I shouldn't have put all those little hairs on its legs.

My friend MissyRen liked the spider so much, she asked it for a piggyback ride. Unfortunately, I don't have the scripting expertise to make the thing move.

That's all for now, my friends. I'll soon upload pictures of some groovy haunted houses and give you a demonstration of what the Advanced Sky Editor can do. See you then!
K

NikiKing said:
Spiders that crunch when you step on them....ewwww shudders.
Click to expand...

Look for the signs in stores featured to get a first landmark, then you look around for the ghost, buy it for 0L to get your next landmark and on you go. Each ghost also comes with a free gift from the store.

Over 110 designers participating and its fun looking for those ghosties ... haven't come across any spiders yet but am keeping a close eye out and will warn you if I do !

P.S. Smily - nice spider and OMG we have a smiley spider smiley - how cool is that ??!

Here is the starter landmark for the gridwide Ghostbusters hunt:

I stayed up until 4.30 am last night and found 90 ghosts, I didn't mean to but was having so much fun that I couldn't stop myself. Some of the ghosts are really easy to find and some of them are SO hard that without help they'd be nigh on impossible to find. There was a lot of co-operation with other "ghostbusters" which made it even more fun.

You need to find each ghost to get the landmark to the next. I haven't had a chance to look at some of the gifts I received, but seemed to be quite a variation - skins, clothes, ears, tails, boots, poses, gestures and some furniture I think. Most might be for the girls, but I'm pretty sure there is some guy stuff or at least unisex stuff in there - there were certainly lots of guys doing the hunt.

Another really cool thing about this hunt is that it takes you all over the grid - I stopped at some really interesting stores and builds, that I'll definitely be going back to spend some time at.

I'm going to try and finish the hunt later, but might have to tidy up my inventory first, there is now so much in there, it might take a month to open.

If anyone is doing the Ghostbusters hunt and gets stuck, feel free to contact me if you see me in game and I'll help you out.

P.s another mini hunt I did yesterday is at Mischief. 13 pairs of PJs to find, not all with a halloween theme. Haven't looked at them yet, but Mischief always does lovely quality stuff. You're looking for spiders webs around the store and yes a few of them have spiders in them (but not the scary kind thankfully).
J

are you going to keep the spiders you collected on the ghost hunt Polly? lol

Stratics Veteran
Stratics Legend
I had such a great time at the ghost hunt! I finished thanks to Polly and a few other fellow hunters. Thanks for telling me about this Pol! 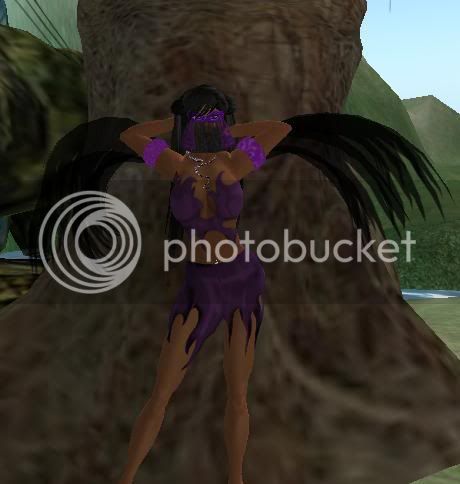