The witch was about to enter the moongate, when a shadow barred her path causing Aylyssa jumped back in fright.

“Is it done,” the shade asked.
“Yes. She took the necklace. It went as the master predicted.” The shade nodded.
“Why did you advise her to have another examine the necklace?”
Aylyssa blanched, “I was establishing trust. She had another witch with her, and I didn’t want to draw suspicion.” Again, the shade nodded.
“If there’s nothing else, I need to speak with the master to deliver my report.”
“You already have.”

She watched the shadow step forward as she felt a collision on the left side of her temple. The witch managed to blink away her stupor when she realized she was looking at her own feet. Her eyes travelled up the length of the leg and realized the shadow was still standing in front of her body with a grey scythe in her hand glistening against the illumination of the moongate. As she watched her body fall backwards, her final thought was how painless death was before the world went black. 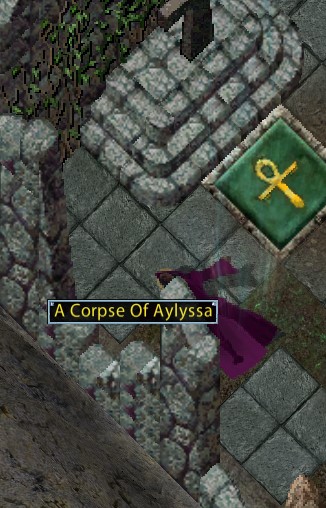