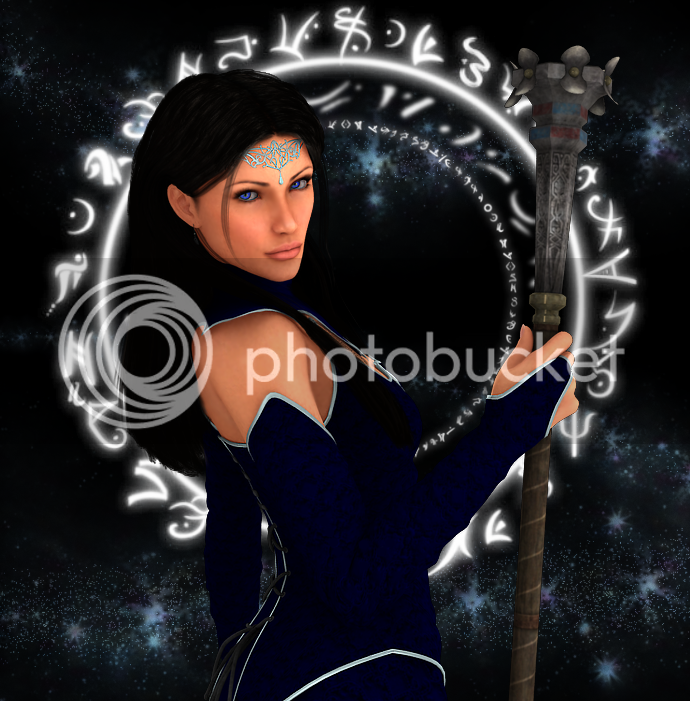 Personality:
Mal is quiet in general, preferring to observe before participating. She speaks with an older style of speech and accent more typically found among the elderly scholars of Moonglow. She places great value on knowledge and learning, revering books and the written word as sacred works. She dislikes wasting her time on the mundane and uses magic even for common chores.

Brief History:
Mal was born and raised in Moonglow and sent to study at The Lycaeum as soon as her power displayed itself at the young age of 4. A "child of The Lycaeum", she grew up there and became very familiar with every library and was a popular student among her instructors. Though she was well liked by the faculty, her peers were another subject, altogether. Her know-it-all attitude paired with the natural confidence many nobles naturally exude gave her the appearance of snobbishness and as a result, many of her classmates avoided her. A majority of her student life was spent in isolation, with mostly books and elderly scribes and instructors for company. Her life changed drastically when she was abducted at the age of 14 by Minax and taken to study under Malabelle. After her latest teacher's death and the disappearance of Minax she was left to wander and learn on her own.
Last edited: Jan 11, 2015
Show hidden low quality content
You must log in or register to reply here.
Share:
Reddit Pinterest Tumblr WhatsApp Email Link
Top