Aion has made its rounds and then some. I'm glad that the game has been getting exposure, especially at these renown events. Many people have posted their vids during their experience at the Leipzig Game Conference 2008, which can be found HERE! They had an "Elyos" named Namiya and an "Asmodian" named Alma who set the stage with winning scripts from contestants. That's hardcore, man.

Here's Namiya in her Elyos glory: 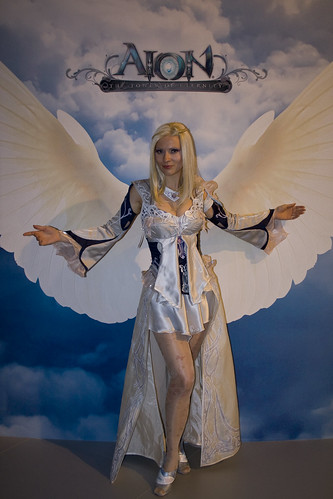 Here's Alma exercising some Asmodian "love" to a random human: 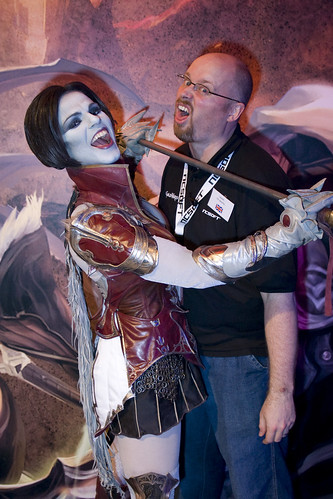 There are also a few vids from people's PAX experience as well, which can be found HERE!

Over at mmorpg.com, an Aion Hands-On article has been written by Richard Cox, which can be found HERE! Looking at things so far, NCsoft is slowly but surely getting the Aion love to the masses. Cheers!
Show hidden low quality content
You must log in or register to reply here.
Share:
Reddit Pinterest Tumblr WhatsApp Email Link
Top